Reap What You Sow! 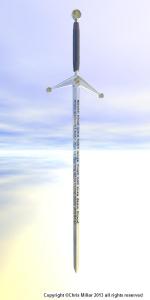 The Harvest of Life

In this ever-changing world, it should not come as a surprise that as the wheel turns it is inevitable that the curtain that the great OZ hides behind as he pulls the levers that drops the wool over our eyes, that his revolving stage will stir the curtain of the great illusion and reveal the faker for what he really is. A manipulator and an illusionist with a bag of cheep tricks and a passable level of sleight of hand to hide behind. With a big enough armory to enforce his rule whether you like it or not.

The great stable democracies of the world are really dictators and they intend to keep it that way. That in itself is enough to spell disaster in this labyrinth of delusions, and mass illusions. As the Syrian conflict shows the world the brutality of regimes that will go to any lengths to keep their established orders in place. Not a single power in the world can claim not to have blood on its historical hands as they have all used any means necessary to keep in power. And should the need arise they will not hesitate any more than the Syrian authority to do what it takes to keep the upper hand.

Like the watched kettle the focus of the human mind is limited as the recent radioactive spill in Japan proves, that even when you think you got it covered something will always slip under your radar. Bradley Manning gets thirty-five years for telling the truth about a corrupt system that will insist on trying to pretend to be whiter than white, when in reality they will even change laws to go after their enemies, those that would undermine the great illusion that right is might, that the state is working on our behalf and that we are not all really commodities in a heartless mechanistic world, with limited resources and a swelling population, that just won’t arm up when the country says it has an enemy and go and cull its own to keep the numbers down, the pandemics have never been realized because their own would be at risk from mutated strains that the vaccines won’t be effective against so we all find ourselves in a shrinking world, with growing populations and dwindling markets as people become less materialistic and downsize and make do and mend, awe did they do this to themselves, shame, shame, shame.

Still on a lighter note every person that was in work when this illusionary recession hit, took longer\shorter hours, cuts in pay and put up with, greedy bankers swaning off with golden handshakes and ridiculous bonuses just to keep this sinking ship afloat, they had to listen to lying politicians trying to appear like normal joes, the very salt of the earth or so they like to pretend. They now have to face the fact that as it’s the only game in town they did this to themselves.

This is a system that has never delivered and never will. So just what is the harvest for the diminishing markets, what are the rewards of taking it on the chin, probably more of the same. But hey ho it’s another day another bit of a dollar (there is a recession on) and just for a few cents less you can now not afford the usual holiday, the car will have to do for yet another year and the kids will have to be stabled in a public school instead of the traditional family Hogwarts.

But just to take your mind of this madcap mayhem of the modern world here is some artwork to lift your spirits as galleries are closing all over the place, and what goes around comes around.

View from The Cage

Being a long time sufferer of many conditions, from bipolar, dyslexia, being on the wrong curve of the dumb savant autistic/asbergers spectrum to a bypolar state of being.

A friend recently called it being emotionally blind, not being able to ‘see’ the emotive expressions that everyone else ‘sees’, I just took it for granted that this is the straight of it and let it go as it addressed the right area of the problem to cover most of the issues.

It was not till I got home and was reviewing the statement that the flaws in this assumption became apparent.

The main problem stems from the fact that only actors use expressive emotes to convey the moment most people are less expressive, except for the TV nanny/babysitter generation of kids that were parked in front of the box to keep them entertained while the adults got on with the necessary.

Emotions are more of an audible expression by tone and inference in the language structure, the autistic part of me that never keeps good eye contact misses any expressions by rote, while the part that intensifies listening and internalising latches on the audible registers. The problem became clearer when I realised that even when I concentrate on peoples faces they produce almost no inflection or movements in normal conversations, but that this changes when they are on their topic, they gesture more and smile, nod, frown and use expressive eye flashes that even I can see.

My artistic abilities and creativity are a compensation for the lack of connect-ability that I experience, I have a ‘hyperactive imagination’ and couple this with the learned ability to have to read ahead to find the missing word in my dyslexia, have a quick precedence for making intuitive leaps. This is surely part of the human condition and must be active in most other people.

During my upbringing I was kept from making good social connections at all ages because of my inabilities even if they were not known then for what they were, this isolation compounded the injuries of my disabilities to the state they are still in today.

Most people use the imagination to fill in the blanks when it is not isolated from the daily condition for exchanges. This gave me the ideas that most people think they are more expressive than they are because they judge themselves by their best communications and this is reinforced by the amount of times they get it right.

Watch this space for future updates from within the Caged Condition. 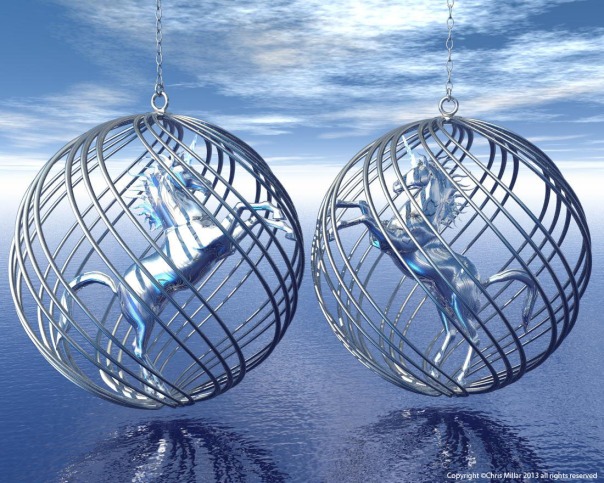 It takes two to Tango. 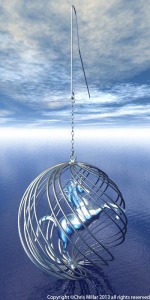 Are you Earring Me Mother!

Are you Earring Me Mother!

Just another indication that the pointless keep trying to cage the creative imperative, the mythical beast snared in the illusion of escape clauses.

This little rendition is from the Commonwealth collection it is under development and like the Celtic collection contains new twists on Earrings and bangles as well as pendants. The commonwealth one has the lion the witch …. only kidding, The caged series has the British lion rampant, the rearing unicorn, the resounding dragon and of course the lyrical harp of Ireland (this may look odd in the cage though).

Watch this space for the updates as they appear fresh from the press.

And finally the perfect pair.

A one, a two a three. The Star Unicorn as its horn is made from a five pointed star base.

Thief in The Night 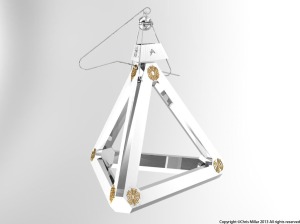 In the Nick of Time

Society has gotten much better at reparation and at nullifying the effects of crime on the warfront, the girl that was shot for advocating education for women springs to mind, (glad to see her on her feet again), but with the wangling that goes on with insurances and crime on the streets it’s still a different thing on the homefront.

It will be impressive when we have property returned, insurances pay up and criminals are brought to justice, but the war on crime is engineered to make it a losing proposition to be a criminal. Arresting illegal earnings, seizing goods and accounts is still the main drive at the moment.

Damages and insurance still seem to be lagging behind by a wide margin and in areas by no follow up and using the small print get-out clauses.

Crime is a reactionary response to a level of unjust crushing control from a system that has never delivered and never will. But it is the only game in town.

The one thing that has escaped the obvious observers from the sidelines has always been that crime is a self inflicted injury.

It came as a surprise a few years ago when one of the elite went to jail, a writer by the name of Jeffrey Archer, this golden boy from the stable that never punishes its own, went to stir with a very enviable set of skills, with a writers eye for detail, able to hold information and retrieve it at a later time, able to profile people, capable of sussing the lie, then when he miraculously got out alive, the inside story of how the criminal mind works and how the scams are done begins to unravel. Hmm soes not need Sherlock or Watson to work that one out then does it.

Now in more recent times a famously trumped up, driving points scandal from husband to wife brought about another two golden children going into stir, and yet again they miraculously get out not only alive but early.

The watchword for the times must be if your a lag then do not brag, loose lips sink ships mateys.

But the real golden rule is,Think before you dip you may just be stealing your future.