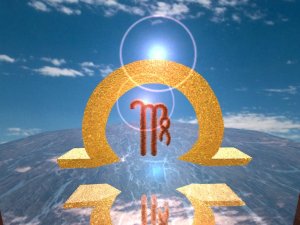 The modern age is setting up to be a different world from the one that religion tried to dictate, the humanitarian ideal and civil liberties and human rights are superseding religious tenets without the expected zeal of the martyr or the holy dictators of the bygone age.

A quiet dignity is starting to exert itself and even the hard line religious hotbeds of the middle east are lowering the flame of secular wildfire to encompass the broader range of types of humanity that we are all more and more in favour of.

The west has let the strangle hold of the church loosen its grip as we all make the statements that we are not all Christian, and some of us just like god do not have a religion. A fair minded society will be able to embrace the non religious as well as the religious faiths from all of the four corners of the world without seeming to favour any one more than any other until the day that god steps forth into the world and lays claim to his own.

The days when religious fanatics could claim that they kill for a peaceful god are nearly over, the homicidal tendencies of people will use any excuse to work out their own urges, and they can no longer use any peaceful gods faith systems to kill their way into paradise, and even if thou shalt not kill is not one of your tenets then surely it is time for a greater wisdom that asks the right questions in his absence, ‘why would an all powerful being seek the aid of its child like creations to kill other creations’ in his name?

The despots of the middle east are being overthrown by the people that they have oppressed for decades, the only one to dig in and resist in the face of losing their own armed forces support to the opposition is Libya, the very fact that mercenaries have to be brought into the country because the people refuse to kill their own, says that the rulers are more interested in maintaining the power base as befits them than in installing anything that will serve the united tribes and clansmen of its own people’s. The only people to kill their own and suppress them and again subjugate them is the hired killers and assassins who are mercenary in their worship of money and power, who will employ the tactics that will suppress and strike fear into the people as they stand and resist.

How can any man who claims to be the Father of his nation and the beneficent head of his people casually employ stone cold killers to exert power over people who resist this form of coercion and corruption. The united front of the nations of the world’s secret services will be tracking all mercenary forces, commanders and known hirelings, while the banks of the world are clipping the financial wings of the dictator, this pincer movement is a long haul state of siege but it will have the effect of allowing the neighbouring countries to stand in witness to the collapse of the last vestiges of the last stand of a mad dog dictator as he turns on his own as every form of retreat is slowly cut of by gradual degrees.

The glowing ember that sparked in Tunisia, that fanned the flames of the firebrand that is Egypt is now the forge that will temper the steel of the heart of Libya as it cages the rabid contagion that is the cancer in their midst. The sword of the desert is being forged in the hearts and minds of the repressed as they find their feet are still firmly planted, as they unite in a single voice it will unite in a single resounding and triumphant shout with a greater effect than a single horn had on Jericho.

Man is tearing down the walls of separation and the last bastion of these are the heights of ignorance, that shield the dictators as they amass their fortunes at the cost of their people’s liberty and rights.

When we all realise the only thing that ever separated us was the sense of isolation from the walls of the imposed order, we will again be a united world, of many faiths and different religions and no religions, we will finally again be the family of mankind.

Is the Mistress of all Choice

Now that we are all living in strange times, when an active force targets a pretty journalist, and subjects her to a horrendous assault, the kind of thing a loser that knows that he will be subject to the scrutiny and glare of the united world press, thinks that if they target journalists and terrorise them they will not be able to overlook the next big people’s uprising and that they can do as they please out of the sight of the all-seeing eye.

This sort of targeting is deliberate and is the same as the trapped animal that gnaws off its own limb will do to survive. The deliberate targeting has continued into the latest uprising and they still cannot realise that it is the people in their own midst that now have the spy tools to bring their collective lies to light. The ubiquitous phone the internet and the collective will of the united people’s of the world already have their number but instead of waiting for the hunters release they choose to bite the limb off and head under cover again, when there is clearly no place to run to and no place to hide and the collective banks of the free world are now targeting the money grabbers and the liars as they try to escape with their ill gotten gains, the regimes of the deceiver that have stood in power for over half a century in some cases are now being ousted by the very tools of the western ideal and by the common man.

The west has been very naïve to consider itself safe from the vices that have been pandered to by the unscrupulous people’s of the world but it is very forgivable to be unaware of the self if you have never seen a mirror, but when you own one and still refuse to look at your own weaknesses with the light of understanding then as a nation we all know it is past time that we all took the stance of the Chinese and cut the cloth to fit, strip out all forms of decadence, realise our own worth again and start a better regime of mental, emotional and physical well being, this form of trimming the fat in the face of realising the truth about ourselves, is that we should address the appetites of the collective for drug abuse and excessive overindulgences, we are a little less totalitarian and don’t have to resort to the extremes of the Chinese nation and take the hard pressed line of severity and coercion, we are still an innovative and expressive collective of beings and we have a living language that is still producing insights and revelations while the formulation of the Chinese language is formidable it has maxed out and is proving to be to complex for the modern way of life.

The very make up of the western commercial structures have all had their way and with a corrupt core at its base striving to undercut every thing to stay ahead it was only a matter of time before it all imploded. Though saying ‘I told you so’ is never an enviable position to find yourself in, it does not have to be the death knell of the old age as we leave its time of influence, it could just help us all collectively produce the new mantra for the new age as it dawns on all of us that will help us divert from the lemming fall over the precipice of the abyss. The new mantra could well be ‘we saw, we knew, we did’, we all see clearer now with the light of hindsight instructing our foresight, we all know better now that we have seen the lie, the mortal sin is to do nothing.